New Orleans had 147 murders in the same period.

Do you know the names of the murdered? 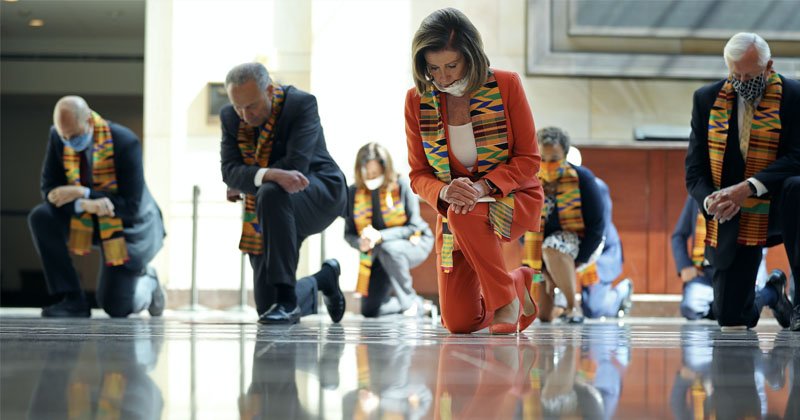 Do you think these Congress critters taking a knee and wearing kente know the names?

Do you think those illustrious politicos know the names of the murder victims in their own Congressional districts?

But they sure know George Floyd, don't they? The name has become something to conjure with.

In his entire life, had George Floyd done anything to rate attention from members of Congress?

Hey, do you suppose George Floyd wore kente cloth often? Or ever?

Just what does kente have to do with American civil rights?

This stopped being about protest some time ago. It's grandstanding now. It's politicos exploiting an opening so they look compassionate.

Can they tell me something about Floyd other than he was murdered by a really bad cop?

Outrage at Democrats Wearing Kente Cloth During Moment of Silence: ‘So Woke It Actually Feels Racist’